This article shows with example how to create a scatter plot in R programming languages. In this article, the ggplot2 R package is used for creating scatter plots.

What is Scatter Plot?

When the y variable tends to increase as the x variable increases (i.e. if the pattern of dots slopes from lower left to upper right), it indicates a positive correlation between the variables.

When the y variable tends to decrease as the x variable increases (i.e. if the pattern of dots slopes from upper left to lower right), it indicates a negative correlation between the variables.

The ggplot2 Package is built for 'declaratively' creating graphics, which is developed based on "The Grammar of Graphics" book written by Wilkinson, 2005. You can use it for creating nice and professional looking graphs. However, you cannot create 3-dimensional graphics with ggplot2 package. 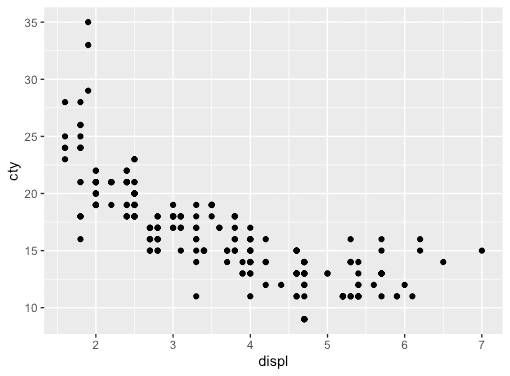 As you can see the relationship between displ and cty variables is negative.

You can add a third variable to a 2-dimensional scatter plot by mapping it to an aesthetic using the aes() function. An aesthetic is a visual property of an object in the plot. For example, you can include aesthetic properties like size, shape, or color in your plot by adding a third variable like drv (type of drive train, where f = front-wheel drive, r = rear wheel drive, 4 = 4wd).

The following code snippets map the colors of the points in the plot to the drv variable to reveal the drive type of each car. 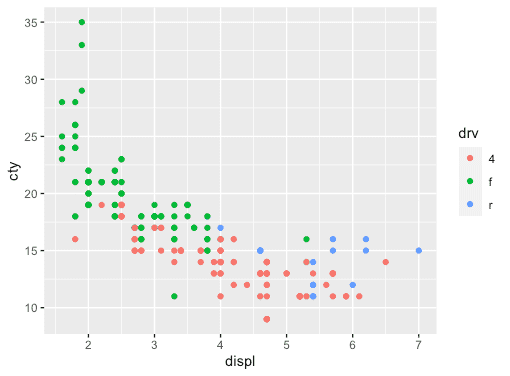 The following code snippets map the shapes of the points in the plot to the drv variable to reveal the drive type of each car. 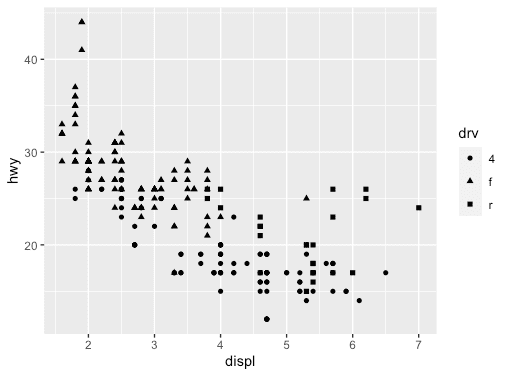 Categorical variables can be used to split the scatter plot into facets (i.e. subplots where each display one subset of the data).

The following code snippets split the plot into facets by using the drv variable. 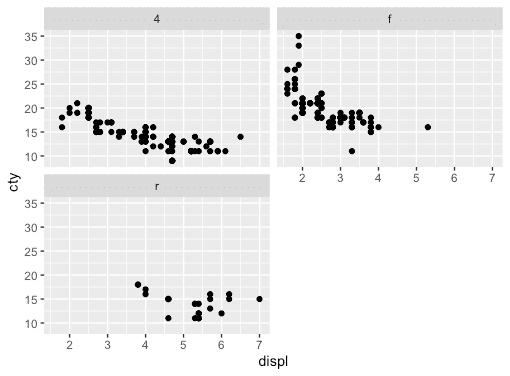 A combination of two variables can also be used to split the plot into facets.

The following code snippets split the plot into facets by using the drv and cyl variables separated by ~. 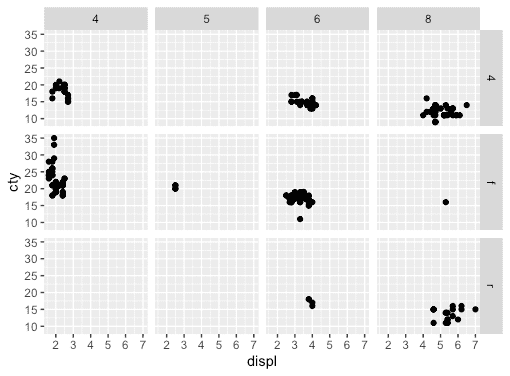 You are welcome to write comments, suggestions, corrections, or any queries related to the article. Your comments may take some time to be appeared. Please be aware that any irrelevant comments will be deleted. Thanks for your understanding, and your respectful & relevant comments!